You Are Here:
Home
/
Hospitals & Institutions 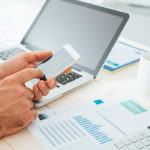 In 1965 the Hospital and Instituions Committee was formed. The first two hospitals were Rancho Los Amigos and El Cerritos.

The H&I torch continues to burn on — about 200 times a month at H&I panels in the greater Long Beach area. That requires an organization — the Harbor Area Hospital and Institutions Committee. *

There are a dozen officers and many volunteers doing a variety of H&I tasks: raising money, purchasing and distributing literature and administering and putting on all those H&I panels.